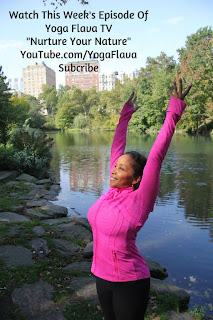 Have a taste of this week's Yoga Flava Video Snack "Nurture Your Nature". Certified Yoga Instructor, Robin Downes, invites you to escape the concrete jungle and "Nurture Your Nature". Set during her recent photo shoot by photographer, Rolando Hudson (http://www.faceboock.com/rolando.hudson.1), in NYC's Central Park, Ms. Downes inspires you with sample yoga poses and ends with a brief guided meditation. Be mindful that a consistent Yoga practice helps you to release the unconscious tension stored in your body so that you may have a sense of ease for meditation. Meditation is a healing practice to quiet the mind, calm your nerves for mental clarity, also creates a sense of connection to your spirit and the universe. An excellent resource for stress relief. Music provided by Al MacDowell (http://www.facebook.com/AlMacDowellMusic). Radha Ruiz appears in the opening sequence courtesy Yoga Angels (http://www.facebook.com//pages/Yoga-Angels/141426819249964?ref=ts&fref=ts)
In partnership with Feel Rich (http://www.FeelRich.com)

Be inspired, check out the clip, let me know what you think and be sure to subscribe to stay up to date with all developments to assist you with the unfolding of your true spiritual nature - Enjoy!


How To Cultivate Calm [VIDEO]

How To Cultivate Calm [VIDEO] 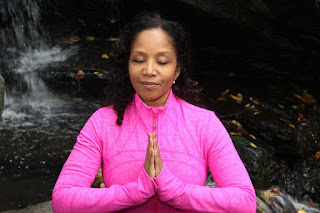 For the Fall 2012 season (Now until December 21st) , with Jupiter in retrograde, the focus with be on inner work and meditation to cultivate calm.  Robin Downes will work with you, personally customizing a Yoga program particularly for your needs.

You pick the dates and times that work best for YOU!  Cultivate calm to sustain you through the holiday season.

Still the best "recession buster" deal for 4 private sessions - Only $100.00 investment toward your well being.  Otherwise, travel to your location is negotiable.
The spirit in me honors the spirit in you - Namaste

You can also order home study Yoga Flava DVDs and CDs for yourself and / or your loved ones.  Give the gift of wellness.   CLICK HERE TO SHOP AT THIS LINK FOR MORE HOME STUDY PRODUCTS TO ORDER NOW

Enjoy this video  excerpt from the DVD "Yoga Flava For Relaxation" 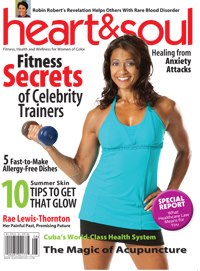 The following is an excerpt from the "Heart and Soul" Magazine article entitled "Fitness Secrets of Celebrity Trainers."

Working at warp speed in the entertainment industry, Robin Downes became stressed out. When she turned to yoga to relax, she found a new career helping stressed-out entertainers. Her clients have included Russell Simmons, Lisa Raye McCoy and Steve Harvey, who hired her to work one of his golf tournaments.

“Having the ability to relax gives you the ease to be dynamic,” Downes says. Her Yoga Flava brand mixes “ancient moves with contemporary grooves” and helps celebrities unlock tensions they unknowingly hold in their bodies.

Posted by YogaFlava@gmail.com at 3:45 PM 5 comments:

Own Your Power TV: Yoga For Great Sex {VIDEO}

Recently, I was interviewed by Simone Kelly-Brown of Own Your Power TV.  In this 3-Part "Yoga For Great Sex" Show, about my DVD "Yoga Flava For Sensual Healing".  Simone speaks to some of her favorite Yoga and Fitness instructors about the powerful benefits of Yoga and how it can enhance your sex life! Part TWO features: Robin Downes of Yogaflava.com, Inga aka Yaya of http://yaya-yoga.com and George Williams of Georgewilltrain.com. Please post your comments and share how Yoga has helped you and if you are new to Yoga, what do you think about it now?
Very curious to get your feedback.  Love to hear from you. You can leave a comment on this blog or email me: robin@yogaflava.com  Sending positive vibes - - -  Robin


Posted by YogaFlava@gmail.com at 9:38 AM No comments: 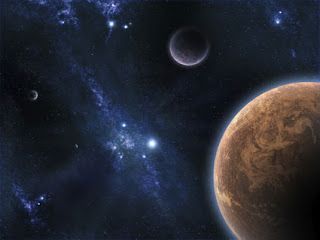 Just as I was getting ready for my "Fresh Start For Fall" campaign, I found out that Jupiter is in retrograde.

I thought I would focus on getting out and getting busy in the invigorating east coast Autumn season.  Instead, because of the retrograde, I discovered that this is a great time to slow down and take stock of what’s going on in your life. Explore your personal philosophy and spirituality.

A planet is described as retrograde when it appears to be moving backwards through the zodiac. This traditional concept arises in the illusory planetary motion created by the orbital rotation of the earth, with relation to other planets in our solar system. It's a bit like traveling on the road watching another car beside you: when the other car slows down, or you speed up, it looks as though the other car is moving backwards. So planets are never actually retrograde or stationary, they just seem that way, due to this optical illusion.  When Jupiter turns retrograde, the action of Jupiter is reversed so that the emphasis is upon inner awareness and inner growth.

The best mode to be in during a retrograde is one of "non-reaction", and with earth signs being impacted, physical environment will be changing continually during a retrograde. Treat the time period as a time of gathering information, yet because the information will be in constant change it would be like trying to comb your hair in a wind storm. Best to wait until the changes stop before attempting to make things orderly. Therefore, just let the winds of situations blow around you without reacting. Once the retrograde turns direct, take a look at the information that is still around at that time and go about putting everything in order, while maintaining the fine art of flexibility.

After some soul searching you may find that you’ve made less time for yourself and skipped meditation periods.  Jupiter retrograde will help you revisit your meditation practice and get it going again. You may also find that you develop an even better method of incorporating it in your life.

Very curious to get your feedback.  Love to hear from you. You can leave a comment on this blog or email me: robin@yogaflava.com  Sending positive vibes - - -  Robin


Also Read: What Is Skype Your YogaFlava?

Posted by YogaFlava@gmail.com at 1:33 PM No comments: